My wife and I always knew that, as a same-sex couple, we were going to need a sperm donor if we wanted to start our family. We initially had some appointments with the NHS but didn’t feel like they were the right choice for us. As the one who would be carrying our baby, I was given a lot of attention, whilst my wife was sometimes excluded.

We decided that if we were going to start our family, it was only right that the both of us would feel like equal partners in the process. So, we turned towards private fertility and began our research online into the clinics that offered the best same-sex fertility treatment. This is when we came across London Women’s Clinic and London Sperm Bank. We were impressed with the reputation and success rates of both clinics, particularly when we visited one of the London Women’s Clinic Inseminars.

In comparison to our experience with the NHS, London Women’s Clinic and London Sperm Bank were much more welcoming and friendly. In the seminar were same-sex couples, single women, and other couples who all came from diverse backgrounds, and all of us were made to feel accepted and comfortable. We were really impressed with their experience treating same-sex couples and with same-sex fertility, so we knew at this moment that if we were going to be starting our family, it was with them.

Choosing our sperm donor from London Sperm Bank was really easy. The donor database was comprehensive and we didn’t struggle at all to find a selection of donors that suited our requirements. We wanted to use a sperm donor who had similar physical characteristics as my wife so that it would increase the chances of our child resembling her. But, when it came down to it, it was actually the staff impressions and descriptions of the donors that really made our decision for us!

Each sperm donor had a description from the Sperm Bank team about what they were like and who they were along with their profile. And some profiles even had a letter written from the sperm donors themselves describing the reasons why they were donating. This touched me and my wife, and it showed us that the sperm donors were really donating out of the kindness of their hearts. Eventually, we chose our sperm donor because their staff impression said that they were ‘really friendly and welcoming’ every time they visited the clinic, which made us feel like we actually knew our donor in a small way.

“At London Women’s Clinic and London Sperm Bank, my wife and I were made to feel really special; we weren’t just another statistic but individuals undergoing a journey that all the staff were invested in.”

Our first round of treatment didn’t go to plan. When you’re undergoing IVF or any same-sex fertility treatment, you prepare yourself for the possibility that you won’t become pregnant. But for us, our first round was abandoned because my body wouldn’t stimulate at all, so we weren’t even able to collect any eggs. This was really hard news, but with the support of the clinic staff, we picked ourselves up and started again.

We bought a package from the Bristol London Women’s Clinic that guaranteed us two rounds of IVF, and we became pregnant on the first round! Although, we don’t regret buying the two-cycle package because, if anything, it probably helped us relax and be more receptive to treatment knowing that we could always try again!

As well as this, we also celebrated every small win along our fertility journey. Whether it was booking an egg collection, finding out that my ovaries had stimulated, or any other step, we would celebrate each small hurdle we had to cross. This helped us remain positive throughout what is largely a bumpy and emotionally challenging journey. 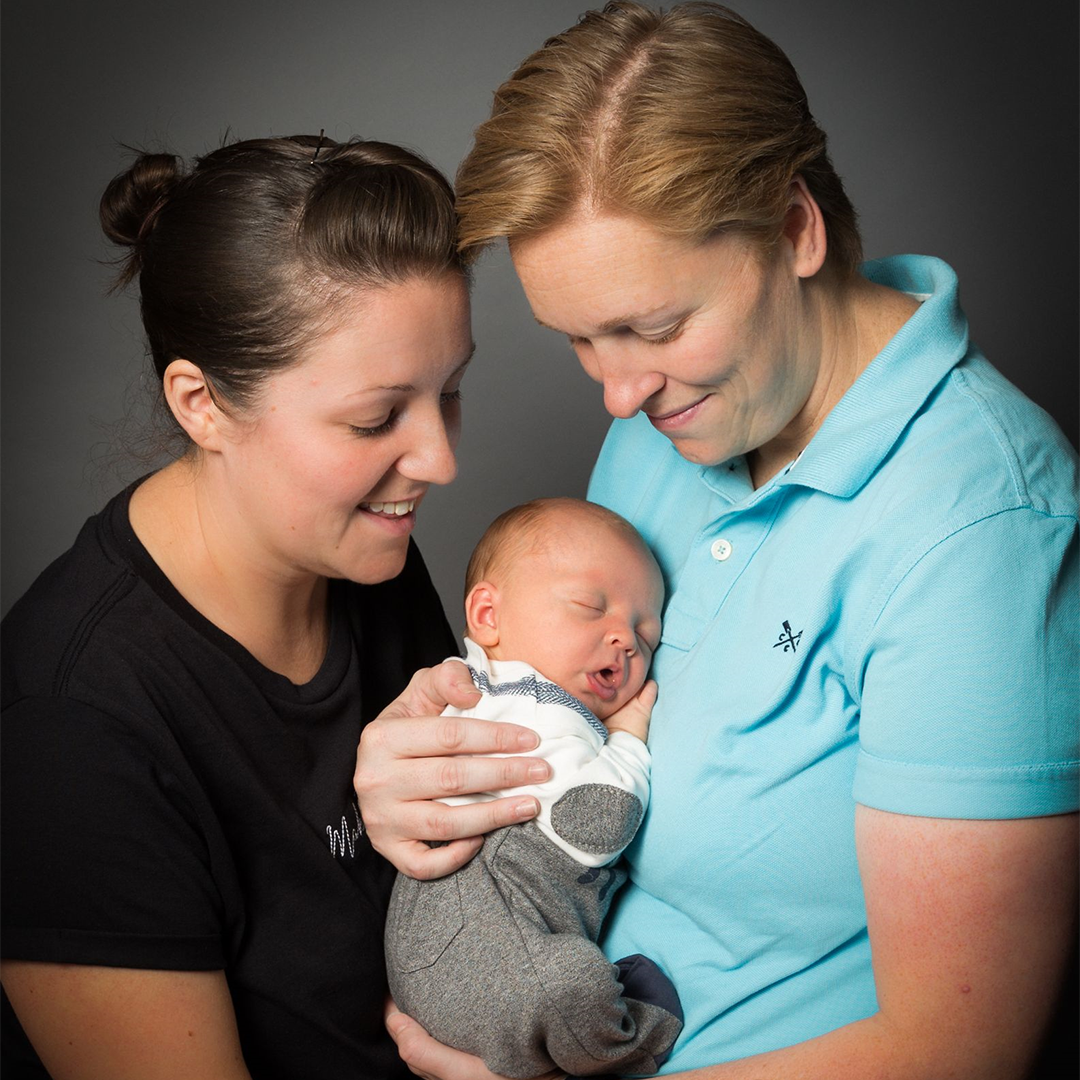 And, 9 months after our insemination, our son Ruben was born!

It was such an incredible moment, and we are so grateful to London Women’s Clinic and London Sperm Bank, particularly to the staff at the Bristol and Cardiff clinics who were so wonderful every step of the way. Throughout our entire journey, we were never made to feel judged or uncomfortable as a couple undergoing same-sex fertility treatment or using donor sperm, and my wife was always included at every step.

My advice to other same-sex couples undergoing fertility treatment, or for other people using donor sperm, would be to do as much research as you can. Don’t be afraid to ask questions – what you might think is stupid, the doctors and nurses have probably heard hundreds of times before – so get involved as much as you can. By the time our son was born, my wife and I became IVF experts and were able to read a scan pretty decently thanks to all the questions we had asked!

Most importantly, I would say - enjoy the journey. At London Women’s Clinic and London Sperm Bank, my wife and I were made to feel really special; we weren’t just another statistic but individuals undergoing a journey that all the staff were invested in. The personal touch from the clinics really makes all the difference when you’re going through treatment, which was really important to us.

If you are interested in using donor sperm from London Sperm Bank, get in touch with a friendly member of our sales team at 0203 826 3217 or LSBcustomerservice@londonspermbank.com

Ancestry DNA Tests and the Implications on Sperm Donation and Anonymity

With Christmas around the corner, there’s almost a guarantee that if you’re not finding it under your own tree, someone you know will likely receiv...

I had always known that children weren’t really going to be on the cards for me. As someone who travelled a lot and enjoyed a carefree lifestyle, h...